Holiday Secrets — A look at a few Beautiful Secrets in Time 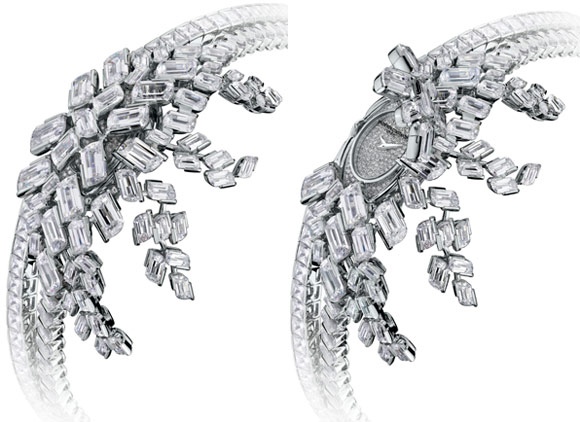 Easily one of the most beautiful segments of women’s watches — secret watches — have roots that are centuries old. Essentially, a secret watch is one with a cover over the dial that can be flipped open or moved aside to reveal the dial and the time. While early pendant, brooch and wrist watches utilized covers or lids to offer a discreet way for a woman to tell time, today’s secret watch covers are predominantly decorative. Indeed, secret watches have a mysterious allure to them. Additionally, most are so highly decorated that they hold special places of honor in the world of haute horlogerie and joaillerie. Often, secret watches are created with covers that mimic nature, animals, birds, flowers, or sometimes just beautiful, ultra-feminine ribbons.

Vacheron Constantin has been making secret watches since its inception. The newest introduction is the Lady Kalla Haute Couture à Pampilles Watch, which is crafted using more than 34 carats of diamonds, including flame-cut diamonds that are unique to Vacheron Constantin in the watch world. Just one of these watches will be made per year because of the enormous amount of time that goes into collecting, cutting and setting the diamonds. 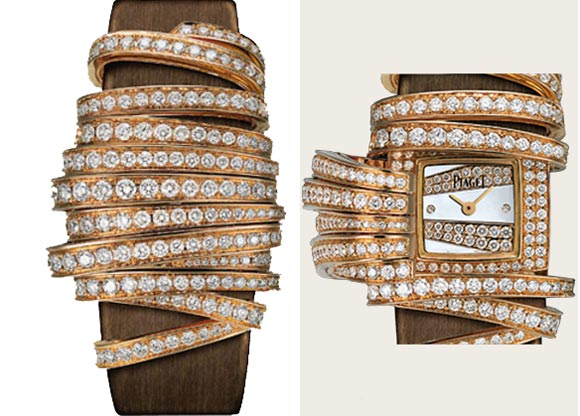 Piaget has also long been a master at creating secret watches, and offers many with nature-inspired themes, feminine ribbon and bow themes and animals. One of its more beautiful pieces is the Limelight Ribbon Motif secret watch in 18-carat rose gold and set with a total of 301 brilliant-cut diamonds. The beauty opens to reveal a dial in white mother-of-pearl marquetry on a brown satin strap. 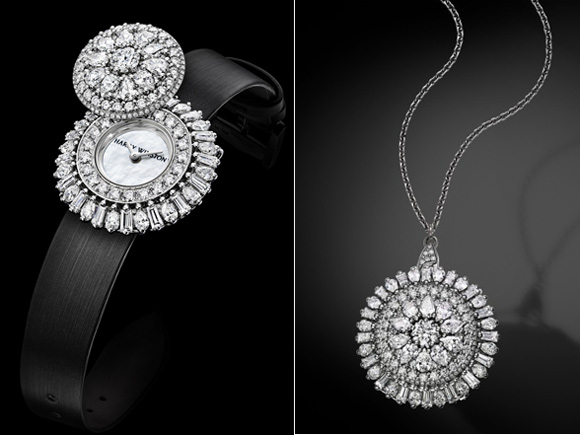 Similarly, the jewelry brand that creates stunning works of haute joaillerie and horology, Harry Winston has regularly released stunning secret timepieces. One of the most famed – and perhaps more versatile – is the Rosebud watch. First unveiled to the world a couple of years ago, this watch continues to enjoy the spotlight thanks to the fact that it confers from wristwatch to brooch to pendant. The Rosebud Secret watch is set with 69 carats of brilliant-, pear- and baguette-cut diamonds in magnificent Harry Winston style. 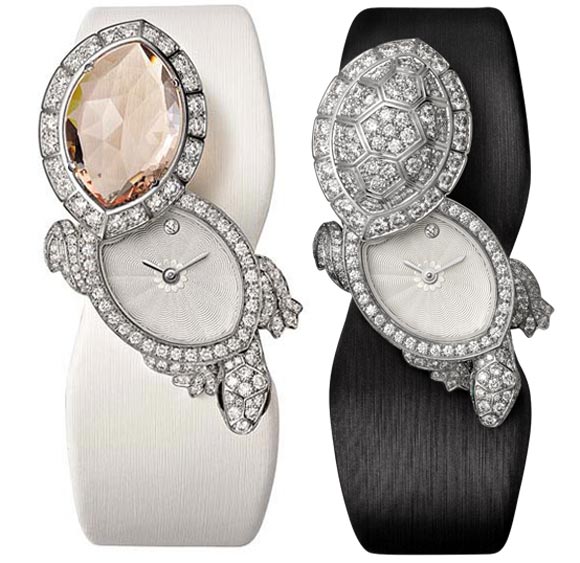 Easily a true master at Secret watches, Cartier has created so many breathtaking secrets over the years that it is difficult to land on just one that could outshine others. The Cartier Tortue Secret watch – in the form of a turtle beneath a shell of diamonds or gems – may be a discreet and beautiful winner. The watch features a dial surrounded by a turtle’s head and tiny feet – ensconced in diamonds. The secret cover that hides the dial is a three-dimensional orb that resembles the turtle’s shell. The watch is offered in several renditions, including one with a shell consisting of hundreds of brilliant-cut diamonds and eyes set with emeralds, and another with a solid, faceted gemstone as the shell. Either rendition makes one immediate cognizant of the fact that it is better to be the turtle than the hare.

NOTE: This article by Roberta Naas first appeared on WorldTempus.com.