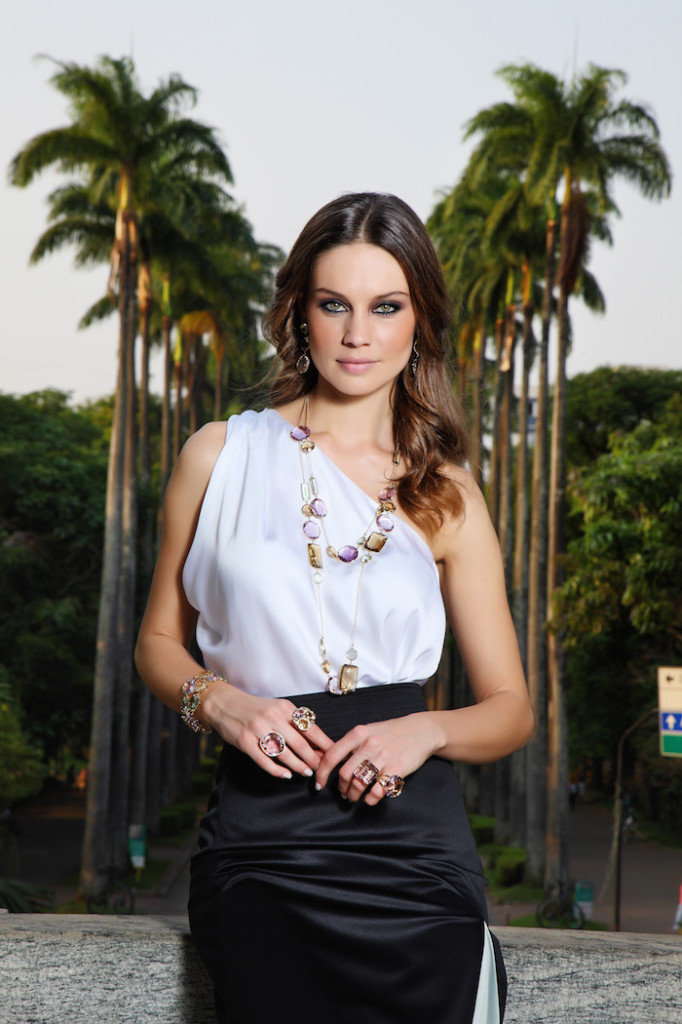 Pastel colored stones work their magic on every complexion, and when several colors of gems are blended together, the result is enchanting. The international designers showing their wares at the September VicenzaFall fair in Italy were quick to pick up on this trend.

Perhaps as a nod to spring 2015 or maybe just for beauty’s sake, designers are frequently choosing light and milky colored stones for their jewelry. Not only do the soft colorations flatter ivory, white and light-toned clothes, they also work their magic with neutrals and basic black. 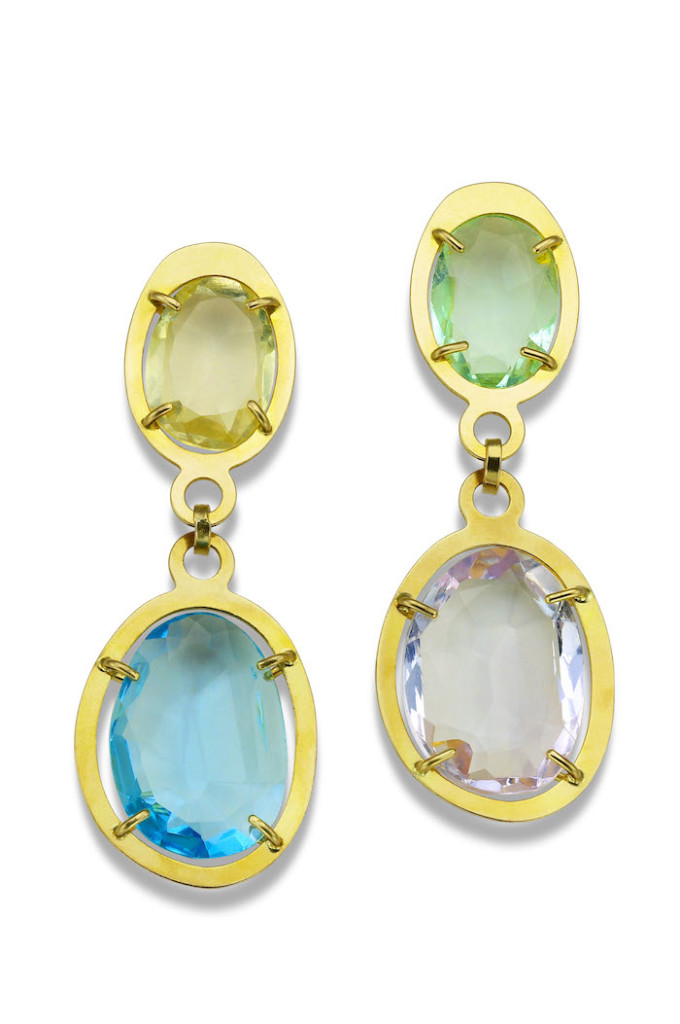 Mismatched gems are intriguing, such as these earrings by Tous.

It’s no surprise that Brazilian companies have a lock on this look, probably because some of the most fabulous colored gemstones are mined right in their backyard! Brazil is blessed with rich deposits of quartz — such as amethyst, citrine and blue topaz, clear and smoky quartz — not to mention pink and green tourmaline, yellow and blue beryl, morganite and a host of other in-demand gems.

Among those jewelry designers at VicenzaOro 2014 this fall who capture the wanted look: Sao Paolo’s Brumani and Vianna, Belo Horizonte. They offer a subtle rainbows of pinks, blues and greens. Sometimes the colors are mixed in intricate mosaics and other times are shown in a soft gradient pattern of light to darker tones. In most cases, the colors of the gold settings (rose, yellow or white) are in harmony with the gems and diamonds are a popular accent. 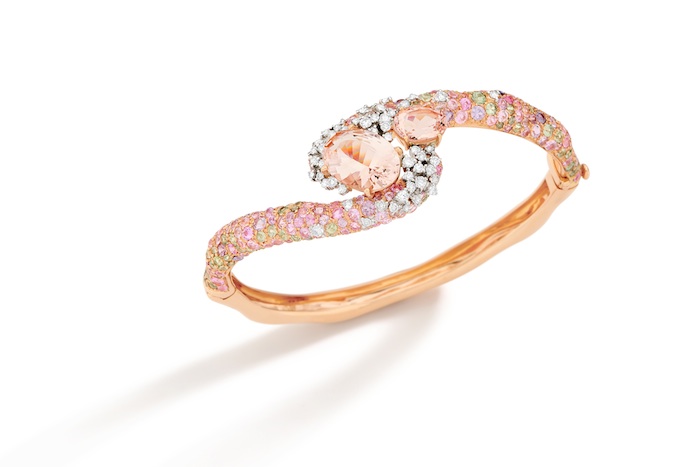 Of course, when it comes to imaginative color usage, European jewelry designers are never far behind. One of the appealing looks featured at the recent Vicenza jewelry show were pieces that were deliberately mismatched, using colors in non-repeating or random patterns. Picture a necklace with different shaped and colored stones or a ring covered in multicolored pave. Other takes on this look were designs that featured both transparent and opaque colored gemstones in either similar colors or in contrasting colorations. Multiple tones of baby pink and light blue were most popular.

As Pantone predicts a trend for all things pastel — particularly shades of blue, green and pink for spring 2015 — stylish women are already planning to add a flash of color to their jewelry, and the low-key elegance of a pastel rainbow designs perfect. 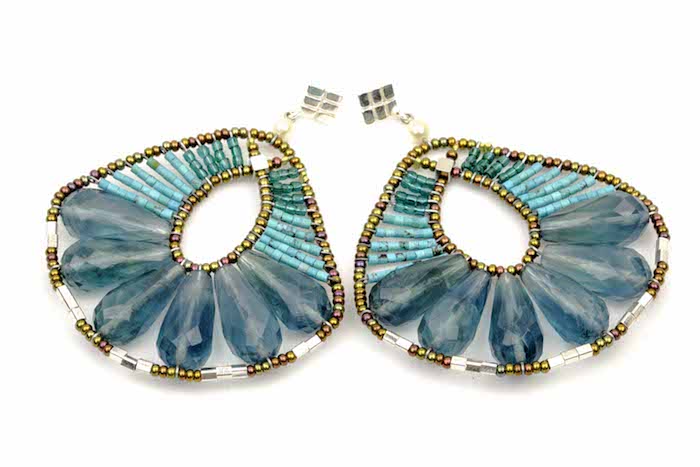