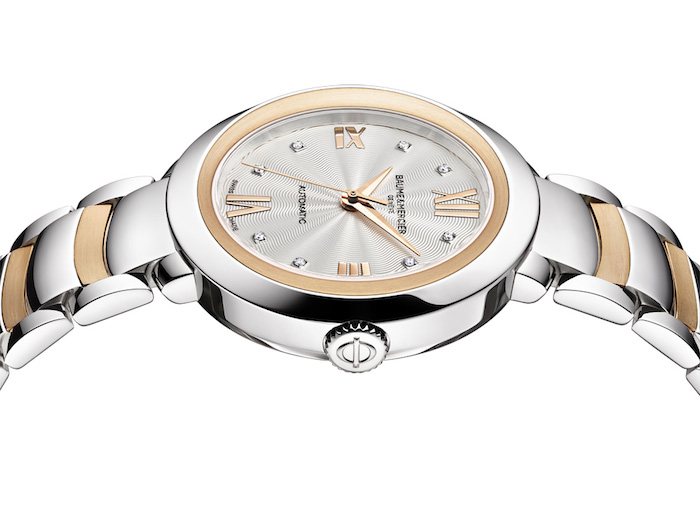 After five years of research and development, Baume & Mercier unveils its first new collection for women since the Linea. Called Promesse, the savvy new line of automatics and quartz watches with straps and bracelets, was launched earlier this summer at Gotham Hall in New York City.

It was an intriguing event that not only highlighted Baume & Mercier’s incredible history and support of women since its inception, but also underscored the concept of love behind the new Promesse line. Upon entry to the grand space that is Gotham Hall, I was given a lock and a piece of paper. On the paper I was asked to write something I wish for. The lock was to go onto a metal wall set up just for the event. Like many bridges around the world that are sagging with the weight of innumerable locks placed on them by lovers, the wall was covered with locks – all representing different peoples hopes and dreams. The surreal effect was not lost on me. Promesse is all about celebrating love and relationships, and about making a promise come true. 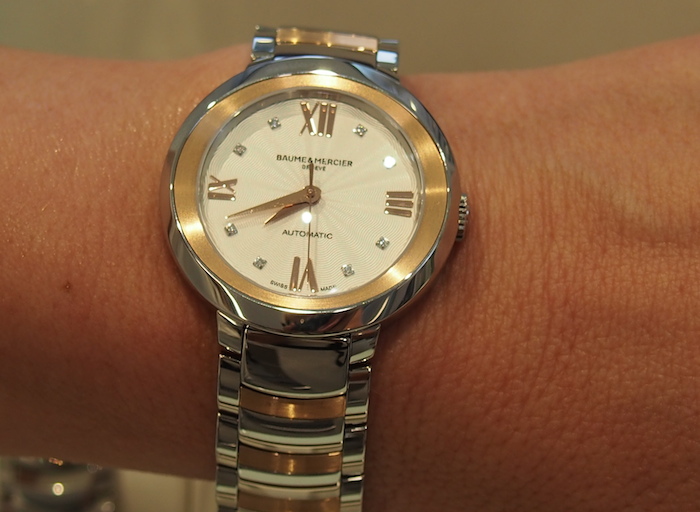 The ultra-feminine collection of timepieces features a new case shape inspired by the brand’s rich history. In typical Baume & Mercier style, the brand researched its roots before delving into the project. However, instead of creating a direct re-interpretation of an archival piece, Baume & Mercier opted to incorporate the style and architectural lines of several 1970’s pieces, blending them with a mix of modernity for a superb outcome. 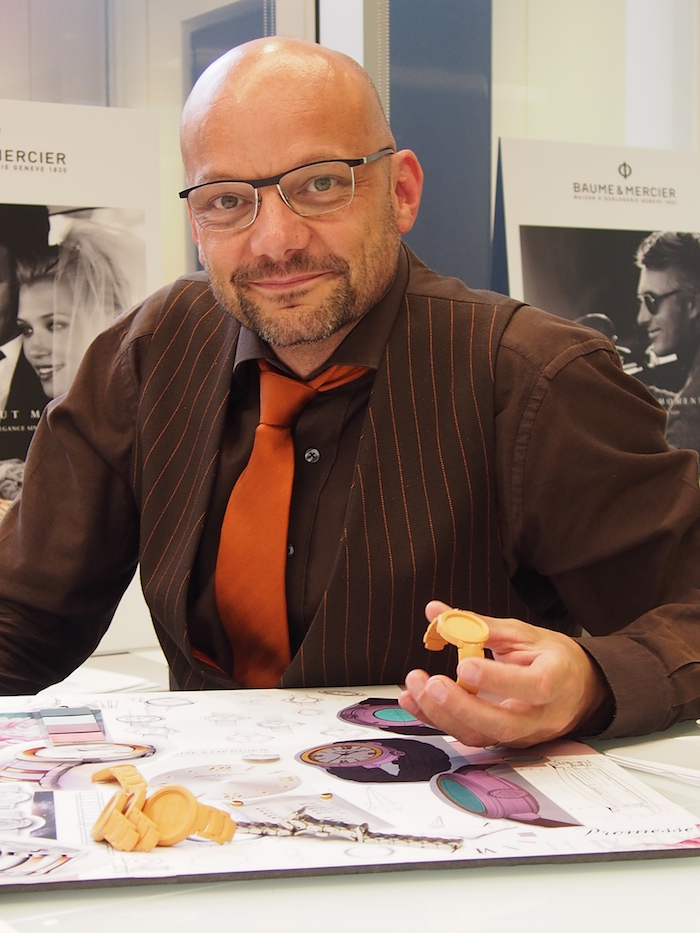 “We could look to our archives for inspiration and to fulfill our brand DNA, but we could not directly reinterpret a watch or we would be wrong,” says Alexandre Peraldi, head of the design team for Baume & Mercier. “We needed to stay carling in today’s time. We also needed to be true to who we are.”

Throughout the research process, Baume & Mercier held focus groups with women around the world to determine their thoughts and desires when it comes to watches. According to Rudy Chavez, President of the brand in the USA, “Baume & Mercier’s rich history tells a great story where we have consistently celebrated women, and their unique individuality through our timepieces. Promesse is a true ode to femininity thanks to our experienced Swiss watch designers’ ability to translate it into a wearable, comfortable watch.” He added that it was enlightening to listen to women talk about watches and express what they want in terms of design, aesthetics, and function. 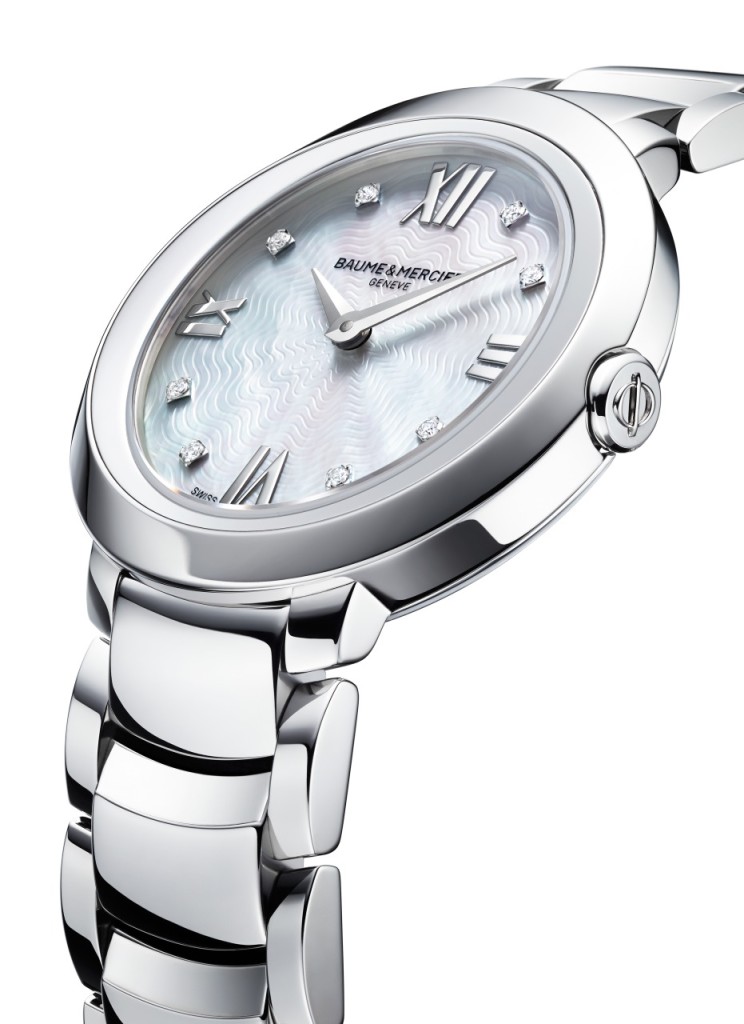 The details of Promesse are exceptional, including dial accents, and bezel accents.

In response to that research, Baume & Mercier opted to offer both quartz and mechanical versions of Promesse. The new Promesse line utilizes both round and oval features in the design for a gentle, curvaceous appeal. Promesse features an oval bezel that surrounds the inner round dial and is surrounded by an outer round case for geometric beauty. Accents on the watches include diamonds and mother of pearl, with several models even sporting a chic mother-of-pearl bezel ring that really catches the eye. The look is superb, the aesthetic are classic yet visionary and – true to the brand – the price is affordable, starting at just about $1,900 and going up to about $7,000. 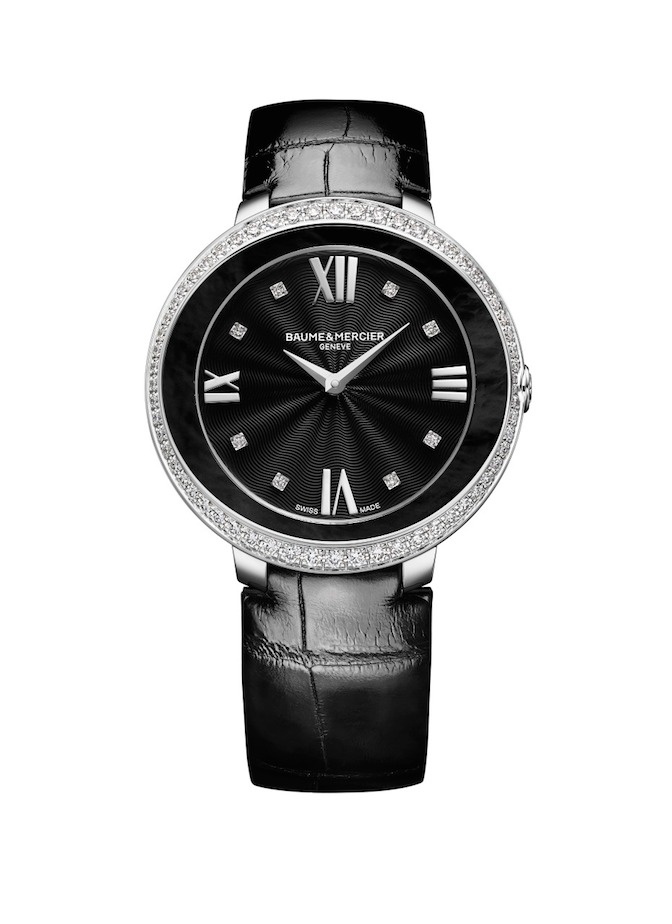 Baume & Mercier Promesse is offered in a variety of styles with and without diamonds.

According to Alain Zimmermann, CEO of Baume & Mercier, The goal in creating this new collection was to offer women something elegant, comfortable, and wearable and that makes a special statement that comes from the heart. “We wanted to bring the design together with the concept of celebration, of making a promise come true and to create something truly unique and different,” says Zimmermann. “We are about telling stories. We create something special and tell a story about how it fits into life, so we needed a name that told that story from day one. It took a while to find a word that was universal and that held true meaning. We found it in ‘Promesse.’ Promise works in all languages and is a word that is future oriented. It is full of hope, and that is what we want to help make a statement of celebration and sharing.” 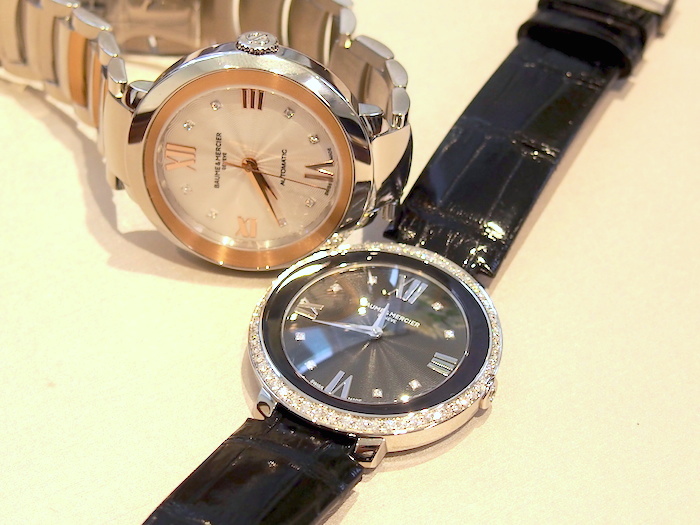 The line consists of both 30mm and 34mm Swiss-made quartz and mechanical watches. The automatic versions feature a transparent caseback for viewing the movement. A host of different variations, with diamonds and without, offer today’s woman a great selection. The line ranges from stunning all stainless steel and two-tones bracelet styles, to strap versions and models with varying amounts of diamonds on them – further accentuating the “round-oval-round” design of the watch – making it both timeless and visionary.

Also, as the watch makes its way into retail stores early this fall, it is backed by a strong celebratory campaign “Life is About Moments” that talks of love, promises and eternity – has a certain ethereal quality that should definitely rock the bridal market, as well as the women’s watch world. 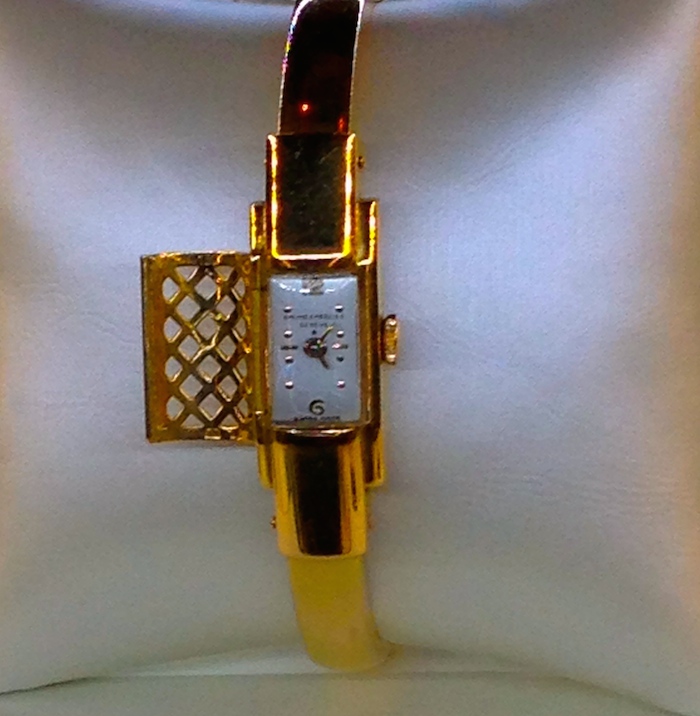 While the unveiling of this new collection is significant in that it is the first women’s line from the brand in years, it is not necessarily surprising. As previously mentioned, this is a brand that has supported women and watches almost since its inception. In fact, in 1869, Louis-Victor Baume, the co-founder of the Maison Baume, gave his daughter, Melina, richly decorated gold pocket watch for her first communion. Engraved on it were the words: “To our beloved child.”

The symbolism of that gift was multi-fold. It made time more about moments than about minutes. It made celebrating more about unity, bonds and love than ever before. It introduced a tradition for the brand, that each watch should be a symbol of our presence by the sides of the one s we love on momentous occasions in their lives. 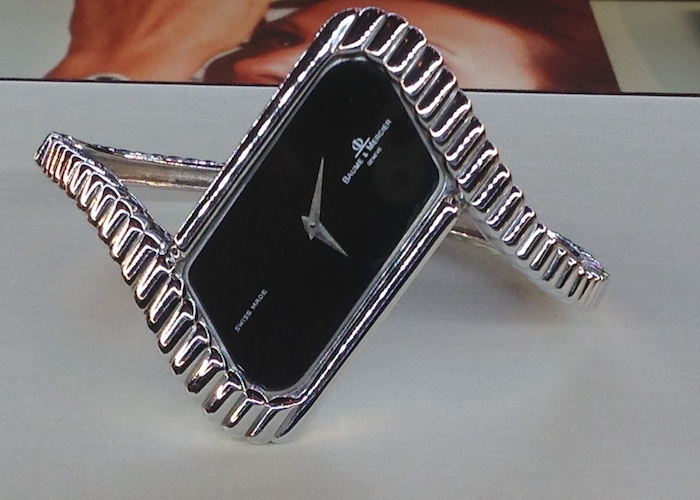 By the 1920’s, William Baume and Paul Mercier were committed to creating women’s bracelet watches – pieces of jewelry distinctly made for women so they did not have to wear men’s watches. This trend continued through the cultural post-war revolution of the 1940’s and the haute couture era of the 1950’s. In fact, Baume & Mercier unveiled the Marquise during this time- a manual wind cuff watch with a dial hidden under a hinged filigree cover. When the concept of love and freedom rang true in the 60’s and 70’s, Baume & Mercier created the Galaxie and Starburst models, both of which won first prize in international watchmaking competitions. When the centuries turned and the 21st century emerged, focus was on choice and variety, and again Baume & Mercier answered the call for women with the interchangeable-strap Linea collection of watches. 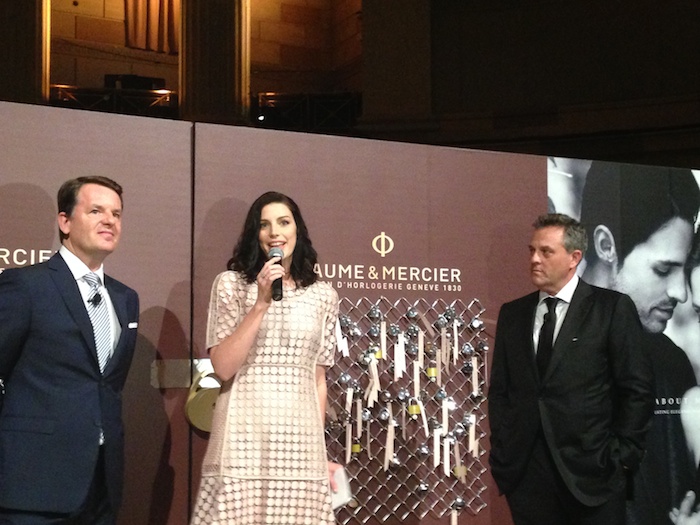 Now, with so many people returning to their roots, embracing all that has meaning and significance, Promesse has a special role: to connect people, promises and special moments. With this line, Baume & Mercier intends to meet women’s aspirations in a refined, beautiful, and visionary manner. This is the watch that is slated to carry its own stories about precious moments.